How To Be a Better Camera Operator

Being diverse, responsible, flexible, enthusiastic and creative are just a few of the values you’ll need to succeed as a camera operator. In this part, I’ll be talking all about how what goes on up here *points to head* directly effects what’s happening around you. So… let’s go! Don’t switch off here because you think this might be boring, yes I’m not offering advice on operating itself, that will come later – this stuff is fundamental.

Elevate yourself beyond mediocre. The world’s full of mediocre people…be outstanding! You’re a professional camera operator, make it part of your identity, be proud of it. Learn everything you can about your craft and master it…and I don’t mean dabble in it…I mean really master your craft. Become a recognized expert and you will always be in demand.

There’s nothing worse than just standing behind the camera waiting to be told what to do, it’s just not good enough. Producers and Directors need your creative input; they need enthusiasm and endless suggestions on how something can be shot, improved and enhanced so that it massively exceeds their original concept. Its part of your job, so always provide masses of creative input whenever and however you can!

* This does depend on the type of production you are working on. In documentaries it’s quite common to go straight to the director with your ideas and suggestions, on drama that is not the correct etiquette where you would instead discuss ideas with the Director of Photography (DoP).

This is hot on the heels of rule No.2. Don’t just do what you have to or what you think you should do.  Your job is to go above and beyond. Don’t be lazy, make a tremendous effort, even if you’ve been working nonstop for 16 hours, find something within yourself to make that extra effort, uphold your professional standards, do whatever it takes to produce the best possible results you can. Nothing should be too much trouble…it won’t go unnoticed by those higher up the ladder. 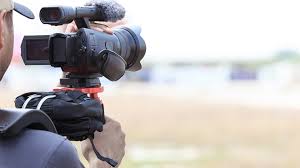 Do not forget the audio

60% for most shows are sound. Audio is usually more post-production problems than any other aspect of the shoot. As a cameraman you May you think you do not have to worry about audio. Nothing could be further from the truth. You are responsible -. Especially in one camera shoots for audio

Do not come to the job search unprofessional

just because they are behind the camera does not mean that you can show up in search of any way you want. It is important to wear appropriate clothing, come to work clean and ready to go. I saw a good camera operators will be canceled from the set due to a lack of professionalism.

Leave this part of the director and / or producer of events at which you work. While it is true that you can learn more in one aspect or another, do not act like they are above them on fire. This will only lead to a struggle for power that you lose 99% of the time. 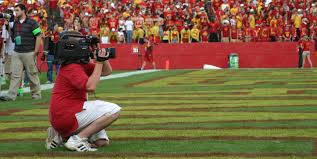 WHEN IN DOUBT, KEEP MOVING

There are times when responsiveness is the key to getting a shot, usually in a situation where you’re shooting either very emotional or action-packed material. Keeping your hands moving a little bit on the wheels, in the case of a geared head, or keeping your hand in motion on the pan handle, in the case of a fluid head, can speed up your responsiveness. I learned this trick originally from a sound mixer, who always wiggled his hands on the mixer knobs during takes. I asked him why, and he told me that it is much easier to move your hands quickly in response to a loud noise if they are already moving. If your hands are standing still it can take longer to react. He never wiggled his hands on the knobs enough to affect sound levels, but if he had to turn them quickly his hands were already in motion.

Certain skills are essential if you want camera operator jobs.

Here are the important traits you must master.

Have you ever thought “I wonder how to make a movie”? Do you possess a true passion for making films? When you watch TV and movies, do you find yourself coming up with behind-the-scenes ideas for making them even better? If so, a movie production career as a cameraman might be for you! Here are three steps on how to become a cameraman in the film and video industry.

WHAT IS A CAMERAMAN?

In the film and video production industry, a cameraman is responsible for recording moving images for TV broadcasts and movies. This technical professional records TV content for commercials, news and broadcast programming.

In a television studio, a cameraman’s duty is to keep the subject steady within the camera frame. A news cameraman who works out in the field records bystander and witness interviews, correspondent comments and the activities of the news team.

Cameramen are also responsible for shooting movies, commercials and television programs. This requires framing and composing shots and choosing lenses, film and filters, plus setting up conditions for lighting. These cameramen work very closely with crew members and directors during shoots. In short, being a camerman is a very important role when learning how to make a movie, or launching a movie production career. As you can already see, there are many different careers in film, and being a cameraman is a very important position!

3 STEPS ON HOW TO BECOME A CAMERAMAN

To become a cameraman, of course you need passion for the film industry itself. But, in order to be successful in your movie production career as a cameraman, you’ll need three key elements: